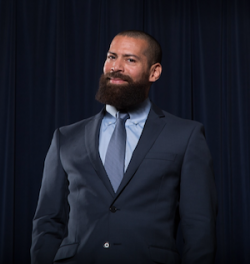 While national attention is focused on the regressive and racially discriminatory practice of charging fines and fees in criminal court, until recently this practice has received relatively little attention in the juvenile system. The Policy Advocacy Clinic is part of a small but growing group of advocates and researchers studying the effects of imposing court costs against youth and families. The research emerging from this work shows that such sanctions harm youth and families, and run counter to the rehabilitative purpose of the juvenile court.

A 2016 report by Juvenile Law Center, the nation’s oldest juvenile justice public interest law firm, was the first to identify the scope of the problem of monetary sanctions in juvenile court. Their report details the widespread practice in states across the country of assessing financial penalties in the juvenile justice system and the heavy burden that such costs place on youth and families. For example, a family in Orange County, California was forced to sell their home and declare bankruptcy due to onerous administrative fees imposed by the County.

Other recent work has added to the body of literature showing that such fee schemes are, whether utilized in the adult or juvenile system, frequently administered in ways that exacerbate or exploit economic and racial disparities. A report released last year by the U.S. Commission on Civil Rights found that many municipalities “target poor citizens and communities of color for fines and fees.” This finding is consistent with earlier research identifying the extent to which communities of color are made to bear the brunt of such costs. In Washington, for example, a 2008 study commissioned by the state Supreme Court found that Latinos received higher fine assessments than non-Latinos charged with similar offenses. Similarly, a 2016 study found that “the cities most likely to exploit residents for fine revenue are those with the most African Americans.”

What’s more, it is likely the case that imposing costs in juvenile court increases the probability of youth recidivism. Criminologists have found a strong correlation between youth recidivism and the imposition of financial penalties on youth and their families. And the U.S. Commission on Civil Rights found that when imposed in juvenile court, such costs “may… increase the potential of future jail or prison time.”

Finally, recent studies, including work by our clinic, have found that imposing fines and fees on minors and their families is ineffective as a revenue-generating measure. Due to the high costs and low returns of collecting fees from low-income families, most fee revenue winds up paying for collection activity. In fact, in several jurisdictions, researchers have found that collection costs actually exceed revenue.

Fortunately, policymakers are beginning to take notice of this research and rethink their approach. California has repealed all fees in their juvenile system. The city of Philadelphia, and Johnson County, Kansas have repealed or otherwise limited certain juvenile court costs. And a handful of other states and municipalities, including Texas, have begun to seriously consider reforming their practices. The consensus among all these jurisdictions is that such costs are counterproductive.

We recently partnered with Texas Appleseed to analyze the laws, policies, and practices governing the imposition of monetary sanctions in Texas’ juvenile system. As in most states, Texas has numerous statutes on the books allowing or requiring juvenile courts to impose costs on young people and families for things like access to youth diversion programs, probation supervision, and attorney representation. Such assessments are frequently justified as necessary to help jurisdictions recoup costs related to maintaining the juvenile court. However, like the broader justice system, the juvenile justice system performs a public service. Passing system costs on to youth and families ignores the government’s responsibility to adequately fund the court and justice systems that we all benefit from. Worse still, such fee schemes exacerbate racial and economic inequity, decrease public safety, and undermine the juvenile court’s rehabilitative purpose. Surely, they have no place in our juvenile justice system.