Ending the Criminalization of Truancy

Until 2015, truancy was a criminal offense in Texas. More than one hundred thousand students each year were cited for truancy, had to appear in adult criminal court (no matter what their age), and many ended up with fines, court fees, a criminal record, and for some, jail time. One such student was Jason: 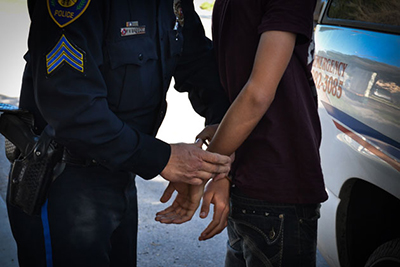 Around the same time that Jason’s parents split when he was in high school, his mother’s rheumatoid arthritis worsened, making it difficult and sometimes impossible for her to get out bed in the morning.  As the eldest sibling at 15 years old, Jason stepped up for his family, taking responsibility for getting his younger siblings ready for school and walking them to school. This often made him late to school, and he was charged with Failure to Attend School. His tardies continued, and so did the court cases, eventually leading to $2,400 in total fines. The court also suspended his driver’s license, causing him to have to quit his part-time job and leaving him no way to pay the fines.

Jason did manage to graduate from high school and promptly applied to join the military. He was told that he was ineligible due to the outstanding fines. Jason went back to court to ask the judge if he could pay the outstanding fines little by little. He offered $50 a month (an amount which would still require four years to pay off the fines) or even additional community service to work them off. The judge reduced the fines to $1,700, but insisted that Jason pay at least $300 a month, a sum he could not afford. Texas Appleseed was able to find him pro bono counsel who, in turn, was able to get the fines dramatically reduced and the hold on his driver’s license removed. But the assistance of counsel is exceedingly rare in these cases, and without it, Jason would have faced an impossible debt from his truancy cases.

After Texas Appleseed spent years gathering stories like Jason’s, collecting and analyzing extensive data on the problem, and educating law-makers and school officials, the Texas legislature finally ended the criminalization of truancy in 2015.  There is much more work to be done, but this victory for Texas families in one stroke reduced the number of kids graduating high school with criminal records by tens of thousands per year, and saved hundreds from unnecessary and counterproductive jail stays.  Students like Jason will no longer face these kinds of barriers and a criminal record because of Texas Appleseed’s work.

This post is part of Texas Appleseed’s 20th anniversary celebration. Between now and the end of December, we’re celebrating 20 of our proudest accomplishments. Learn about the rest of our work here and on social media. Donate now to support the next 20 years of fighting for justice for all Texans.