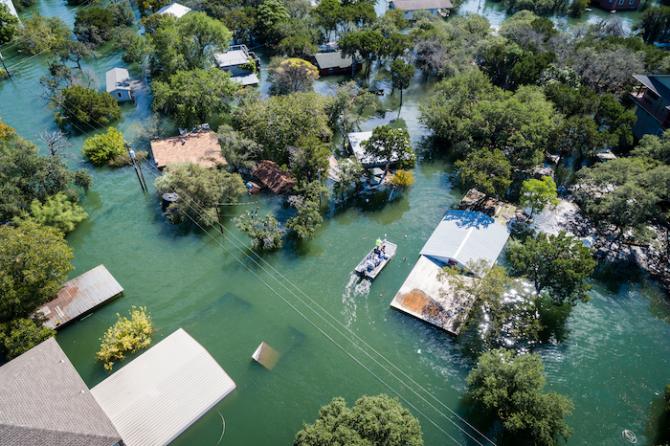 Texas Appleseed works with a network of organizations in Texas, including housing advocates, policy experts, and grassroots community groups, to ensure that all Texas families are able to recover in the wake of a natural disaster, that communities are rebuilt to be more resilient, and that all families have the opportunity to live in safe, decent neighborhoods with equal access to educational and economic opportunity. This work started in the aftermath of Hurricane Katrina, continued with recovery from Hurricanes Ike and Dolly in 2008, and now will be a major focus as we respond to Hurricane Harvey. This blog post explains some of the lessons we've learned over more than a decade of experience in advocacy on behalf of survivors of natural disasters.

We know that communities that are hardest hit, both by natural disasters and by social and economic injustice, are too often low-income communities of color that have not received equal investment in basic public infrastructure and services and that often have had undesirable uses, like environmental hazards, concentrated there. Texas Appleseed believes that local, state, and federal government must remedy these legacies of discrimination and pave the way for a better, safer future for families living in these communities, and we advocate to make those changes a reality.

STORIES OF OUR WORK

Read personal stories about our work »

In the United States Court of Appeals for the Fifth Circuit: Lauren Terkel; et. al. v. Center for Disease Control and Prevention; United States Department of Health and Human Services; et. al. , May 3, 2021

Letter to Houston Mayor and City Council from the HOME Coalition and Community Partners Regarding In-Person Public Comment, May 12, 2020

Letter to Gov. Abbott re: Amending Texas’ Request for a Disaster Declaration to Seek Additional Individual Assistance, Other Programs by Stafford Act , April 8, 2020