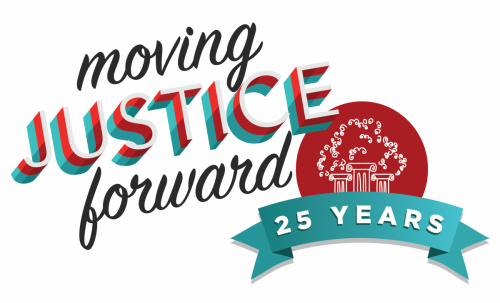 We’re celebrating our 25th anniversary this year! As part of our celebration, we’re releasing a series of three blog posts focused on our team’s fav things — many are connected to our work and mission and some simply inspire us.

In the first part of the series, we discuss books, songs, movies and podcasts centered around social justice.

What book have you read that is social justice-themed and has stuck with you?

1. “The Color of Law” by Richard Rothstein. I am currently in the process of reading this book, but it is a detailed explanation of how U.S. governments in the 20th century deliberately imposed racial segregation on metropolitan areas nationwide. You learn about how federal, state, and local governments systematically imposed residential segregation such as redlining, racial zoning, etc.

2. “The Street Lawyer” by John Grisham. This book deals with the importance of understanding people experiencing homelessness.

3. “The Warmth of Other Suns” by Isabel Wilkerson is an extraordinary book in many ways. Wilkerson's writing about life under Jim Crow is visceral and revelatory if your American History class was anything like mine.

4. “The House on Mango Street” by Sandra Cisneros. The book is structured as a series of vignettes and tells the story of Esperanza Cordero, a 12-year-old Chicana girl growing up Hispanic. Elements of Mexican-American culture and themes of social class, race, sexuality, identity, and gender are interwoven throughout the novel.

5. “Critical Race Theory” by Jean Stefancic & Richard Delgado. Though this is somewhat of a "textbook" book, it's great at summarizing the ways in which the U.S. has oppressed BIPOC individuals, across every social facet — daycare, housing, education, (in)justice. This book could be our "mascot" if you will. Everything we discuss at our project meetings, or org meetings, or to others as we fight the fight, is in this book. It is a great resource for folks who don't consider themselves to be critical race proponents to see why advocating in this manner matters.

6. & 7. “Kindred” by Octavia Butler and “Beloved” by Toni Morrison were the first books I read that made me have a visceral reaction to the horrors of slavery. I learned so much from them about race and gender-based violence, generational trauma, and how it is that fear and power get codified into law. I see direct connections between those characters' experiences and all of our work, but especially the Education Justice and Criminal Justice projects.

8. “Black Like Me” by John Howard Griffin. This is the first book I remember reading as a team about social justice. This book had a profound impact providing the reader to have some insight into what life was like as a person of color. The compassion I felt for anyone experiencing life this way was overwhelming and was probably the most compelling reason I decided to work in this arena.

9. “Evicted: Poverty and Profit in the American City” by Matthew Desmond. This book covers housing as a human right and how it is critical to have security in other areas like food, jobs, and health.

What song inspires you to do the work we do, either personally or professionally?

10. “Glory” by John Legend and Common is one of my favorites because it emphasizes the need to unite to fight against racism. 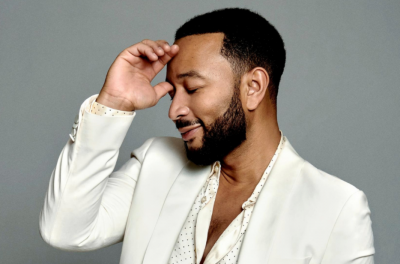 11. “El Baile de los Que Sobran” by Los Prisioneros. This is a Chilean anthem during protest to stand up to social inequality. It also has the best 80s new wave vibe!

12. “A Change is Gonna Come” by Sam Cooke. It's a great civil rights song, and I've been revisiting it after watching One Night In Miami, a movie that describes a fictional night with Sam Cooke, Malcolm X, Cassius Clay, and Jim Brown talking about their roles in the civil rights era.

13. “Lockdown” by Anderson.Paak is a great song capturing the moment of the George Floyd protests sweeping the country that I still listen to on repeat.

14. “Good As Hell” by Lizzo. This song is what joy in defiance sounds like.

What movie have you seen that is social justice-themed and has stuck with you?

15. “Queen & Slim” illustrates the continued existence and proliferation of racial profiling present in policing as we fight for equity across all social aspects—policing is arguably one of the most important. This movie is a prime example of the superiority complex that just drips off of the police profession, especially when interacting with people of color. It's never been illegal to be white in this country and despite the progress that has been made, judging a person by the color of their skin and criminalizing them for it, is still a very powerful tool being employed by those in power, whether that power comes from money, wealth, politics, or merely being white.

16. “The 40-Year-Old Version.” It doesn't explicitly present itself as a film about social justice, but its meditations on gentrification, Black art, and navigating grief feel so resonate for this moment in advocacy and human history.

17. “Stand and Deliver.” This movie was a true story of high school students (students of color from working-class families) who worked hard to pass the AP Calculus mathematics exam and earn college credit. The film reveals the cultural, racial, and social problems and instructs on motivation, hard-work and navigating through a systemic racial education system.

18. Ava DuVernay's “Selma” for its depiction of organizing and political strategy in the civil rights movement. Using the most effective tools for a particular goal in service of what the most affected people want is ideally how we do our work at Appleseed. 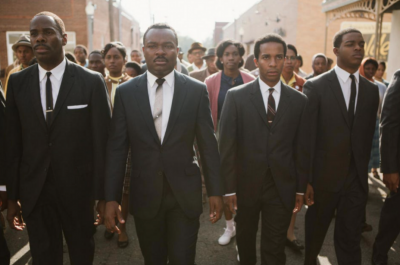 19. “Crip Camp” made a huge impression on our whole family. It was overwhelmingly heartbreaking and joyful watching folks with disabilities launch and establish the movement for disability rights. Again, the movie has implications for all of our projects. It especially underscores the importance of everyone else getting out of the way — and getting behind — people who are directly affected by the issue.

20. “If Beale Street Could Talk” is the most beautiful cinematography I've ever seen. It really speaks to the unjust criminal justice system, where a Black man is incarcerated when White men harass and assault (but walk free), a system which halts Black joy, life, and love.

What podcast has provided you with the most insight about social, economic, or racial justice?

21. NPR’s “Code Switch.” The name itself speaks volumes, but I have learned about so many different policy areas and systems that were racially designed. 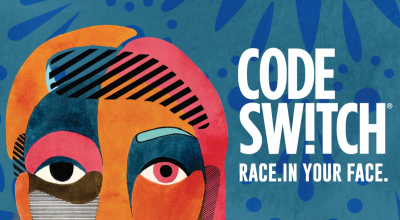 22. “Nice White Parents” is an amazing account of a series of desegregation attempts in the same school in New York City over several decades.

23. “Probable Causation” goes into detail on studies by academics on criminal justice issues, and I've learned a lot from it about what kinds of approaches work, and how much we still don't know.

24. “How to Save a Planet” has been going in depth on various issues having to do with climate change, and includes ways to get involved in every episode.

25. I really loved Aisha Harris's podcast “Represent.” It was funny and playful while also taking a critical look at movies and TV through the lens of race, ethnicity, and gender.