Note: this post is an edited and condensed version of a wide-ranging conversation held between Judge Byrne and Texas Appleseed staff. 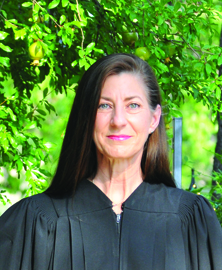 Judge Darlene Byrne was first elected to the 126th Civil District Court in Travis County in 2001.  She took over all child welfare cases in 2007, and also has the crossover docket of all children who are involved in both the child welfare and juvenile justice systems.  She helped her court become a Model Court under the National Council of Juvenile and Family Court Judges in 2008, where she is the Immediate Past President. The Model Court she presides over was a source of many of the best practices detailed in Texas Appleseed’s 2010 report, Improving the Lives of Children in Long-Term Foster Care: the Role of Texas’ Courts & Legal System.

Q: What does it mean to be a Model Court?

A: The Model Court is run as a collaborative unit, bringing together the district attorney’s office, the judges, Child Protective Services, attorneys representing parents and children, Court Appointed Special Advocates (CASAs), among others.  We meet and look at data, including how long foster children are staying in the system, how many placements they have had, and much more. We then use that data to guide different initiatives.  We meet on a monthly basis, and on a quarterly basis report back out to a larger group of stakeholders in the wider community, including Texas Appleseed.

Q: What are some of the initiatives from the Model Court that you’re most proud of?

Some of our initiatives have now been enshrined in legislation.  For instance, years ago, we began to see a concern with cases transferring from one division to another.  These cases could see lags of 3-4 months before the information for a foster case came before our courts and systems.  At first, we put a protocol in place to hold hearings and assign CASAs quickly for cases transferring in, as well as making sure we had a court order bringing that information to the appropriate people in cases we were transferring out.  That process has now been mandated by state law, with District Clerks having certain timelines they are required to follow so that children don’t slip between the cracks in the system when they are transferred from one county to another.

Another initiative has been to conduct paternity testing at the earliest point possible during a foster care case.  Since dads don’t always show up to every hearing, it was important to swab them whenever we could, and then swab the child within 7 days.  Once we know who, legally speaking, the father is, it gives the foster care system many more opportunities to involve fathers and their families in potential kinship placements, for instance.

We have also done a cost-benefit study on mediation and how we use mediations in our County, in conjunction with the University of Texas.  It showed that our mediation strategy is saving the county $1.5 million every year.  We have also participated in many other studies, including the ones that Texas Appleseed has conducted on the role of the courts in the foster care system.

Q: Have the kinds of cases you see changed over time?

The volume has increased by one hundred percent. The severity and complexity of cases are more intense, partly because of changes in law, some due to lack of coordinated arrays of services, and some due to population increases in Travis County.

Q: What limitations exist in your role, and how do you work with and around those limitations?

My first limitation is that built into state and federal law, and what they mandate and require.  My second limitation is that I can’t build resources.  I can advocate for building of resources, and we do that, often successfully.  But I can’t raise the salaries of caseworkers, nor can I raise the payments for foster care placements to an appropriate level, and until we can get that right, nothing is going to work right.  The hope from today’s newspaper is that caseworkers are finally going to see a living wage, but I’m not seeing anything about foster care placements, and I’ve still got foster children sleeping in offices. We need well-supported foster homes and supported caseworkers.  And as a judge, I can’t fix that myself.

Q: Have you seen some of the reforms that you have implemented in your court spreading around the state?

I have definitely seen the model we have here spread across the state – especially the “One judge, one family” so that there is continuity for foster children over time.  Harris County has now embraced that model and hired an associate judge to take much of the foster child caseload, and they are very proud of the progress they’re seeing.

Q: What would be a valuable role for Texas Appleseed to play in the future?

Cost benefit analyses, especially given the politics of today, can be very effective advocacy tools.  Showing, for instance, that investments in raising the pay of caseworkers or foster families saves money and improves outcomes, and quantifying it would be knocking it out of the park.  We are never going to get prevention dollars until we can convince policy-makers and lawmakers that those prevention dollars are going to save them money in the future.

Another valuable piece of research would be to do a deep-dive into crossover courts, which are relatively new in Texas.  We could see whether these courts are helping reduce recidivism, and whether that in turn leads to lower usage of secure lockups.

We also have a major gap in coverage. We have foster homes, therapeutic foster homes, and residential treatment centers (RTCs), but we have little in the way of intensive outpatient services.  These services, as well as respite care to help stabilize children who are having trouble, can save foster care placements.  They are also a heck of a lot cheaper than an RTC, or even a juvenile lockup, which is often the next step for children in crisis.  Texas Appleseed could help by looking at best practices in other states, see what they’re doing, and suggest how it might be implemented in Texas.

I hope that Texas Appleseed continues to work on and help advocate for change in the child welfare system, and I look forward to continuing to work with you in the future!